[Tips] Connection and Transfer between Paris CDG and Orly airports 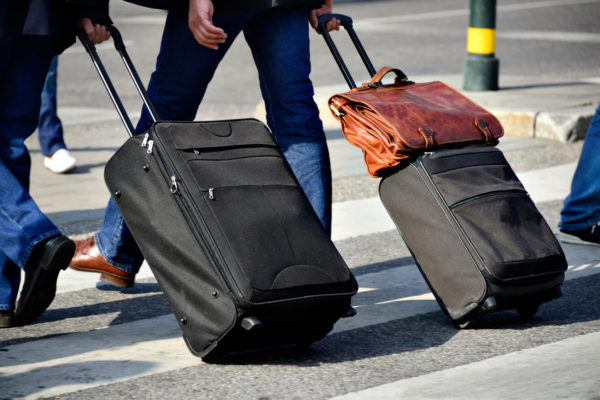 You have a connection / transfer between Paris airports: Roissy – Charles de Gaulle Airport (CDG) and Orly airport? Here are all the necessary information to make your transfer, between the two airports, as smooth as possible and enjoy a few hours in Paris if you have the opportunity.

If you are in transit in Paris and you change between two airports, go to the exit to get your luggage on the carrousel (if you have a checked luggage) then head to the transport of your choice: train, bus, taxi, VTC (if booked before).

1. Your connection between Roissy-CDG and Orly by train

Do you want to take the train between the two airports? Here are the best solutions for your connection:

PS: You also have the option to exit at the “Denfert-Rochereau” station and then take the Orlybus.

What to do with your luggage if you want to enjoy Paris between your two flights? See our 4th subsection on luggage transfer services between Paris Roissy-CDG and Orly airports.

2. Your connection between Roissy-CDG and Orly by bus

If you choose the bus as a transport between Paris Roissy-Charles-de-Gaulle and Orly airports, the easiest solution can be found with the company “Le Bus Direct”. All terminals are served between the two airports on line 3.

Travel time between the two airports:

Find all information on Line 3 of “Le Bus Direct”.

Do you want to enjoy your day without luggage between your two flights to and from CDG and Orly? Use the luggage transfer service between Paris airports described below.

3. Your transfer between Roissy-CDG and Orly by taxi, VTC

If you choose to take a taxi or a VTC for your transit between the two airports, be very careful about your choice. Taxis do not have the right to approach you on your arrival and they have a luminous sign and a taximeter. Also, they must have a payment terminal that accepts credit cards. Regarding the VTC, check the registration plate of the vehicle, it must be the same as the one indicated in the application.

Do you want to visit Paris during the day or for a few hours? You don’t know what to do with your luggage during this time?
Forget about classic lockers service in all Paris airports, use the storage and transfer service between the two Paris CDG and Orly airports.

4. What about visiting Paris during your free-time without your luggage?

Do not waste time in airports while while waiting for your connecting flight and enjoy Paris without worrying about your luggage.

For example, you arrive at Roissy-Charles-de-Gaulle airport at 10AM. Your next plane is 18 hours later at Paris-Orly airport meaning that you’ll have 8 hours to wait in the airport (including the transit to the airport) Why not take the opportunity to take a tour of Paris? Visit the Eiffel Tower or visit some friends?

Our concierge will meet you near your terminal arrival at Roissy-CDG airport to pick up your luggage. Our concierges wear a yellow t-shirt or coat (depending on the season 😊) so they are easily identifiable (Plus you have his/her name, phone number to contact him/her in case of a problem). Your luggage is sealed before you and we store them in a secure area where only our team has access. Then your luggage is transferred to your departure terminal in Orly, where a concierge with wait for you to give them back. If there is any delay, the customer service is there to help you and make your day in Paris as easy as possible.

This luggage concierge service is available in all Paris Roissy-CDG and Orly terminals, Paris train stations (Gare de Lyon, Gare du Nord, Gare Montparnasse, Gare de l’Est, Gare Saint-Lazare, Gare de l’Est Austerlitz, Bercy Railway Station, Marne-la-Vallée, etc.) as well as any address, hotel in Paris and in Île-de-France. We can collect your luggage in front of the door of your home, rental Airbnb, office, tourist places. You also have the option of storing your luggage the period time of your choice before picking them up at the other airport. Simple, practical 😉.

Feel free to book your luggage storage service between the two Paris airports with Eelway. Free amendment and cancellation before the day of collection !

From 45 euros for 2 bags for a transfer between airports! More information about our services and our fee schedule on our website.